Following the update yesterday afternoon regarding the closure of pubs and restaurants. We have made the incredibly difficult decision to close Penwith Studios initially for the next four weeks.

We will be contacting all guests that have bookings with us during this period in order of arrival over the next few days.

Shrouded in myth, legend and legacy, the unique history and traditions of Penwith Studios go back centuries. The building was originally built as the Temperance Hotel in 1860, to encourage alcohol abstinence and a reprieve from the indulgence of the Victorian lifestyle.

Today, Penwith Studios is home to four luxury en-suite rooms, each with their own distinctive character and personality, promising a truly memorable stay

Looking out of the window and over the Land’s End coastline, it’s hard not to be inspired by the stunning coastal views that stretch for miles around. The iconic Longships Lighthouse can be seen just over a mile off the coast, and on a clear day, you’ll see the Isles of Scilly in the distance. 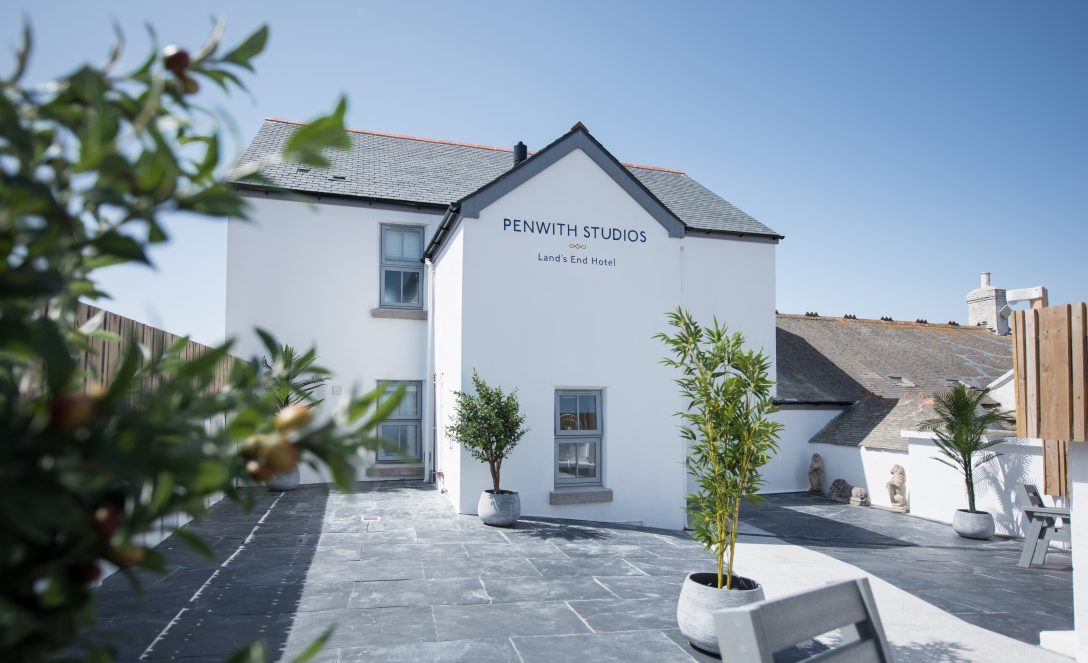 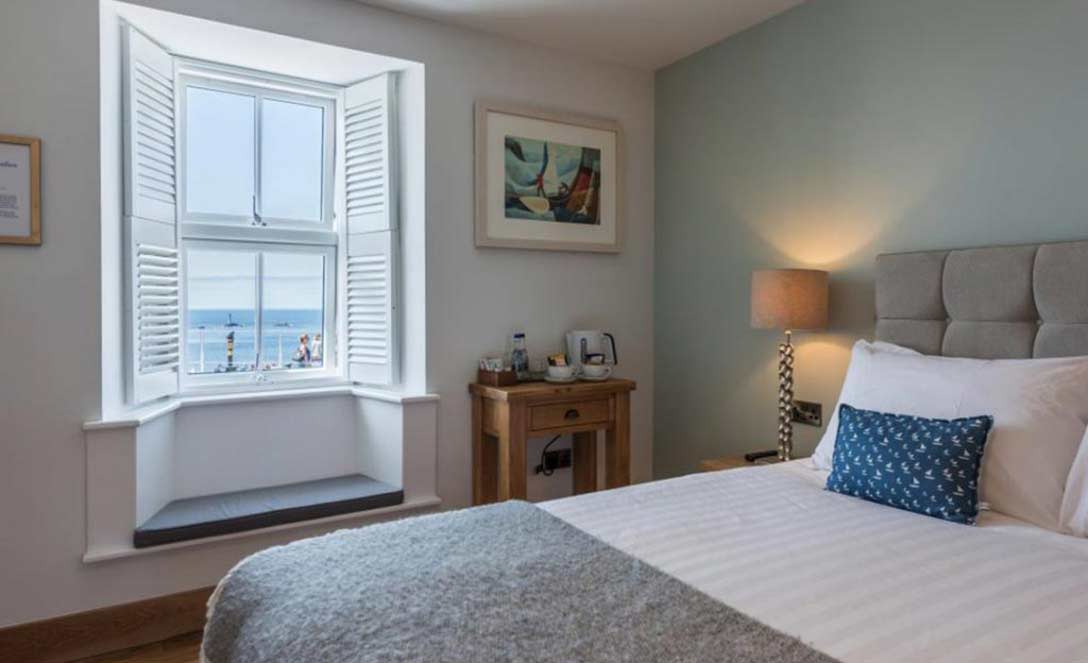 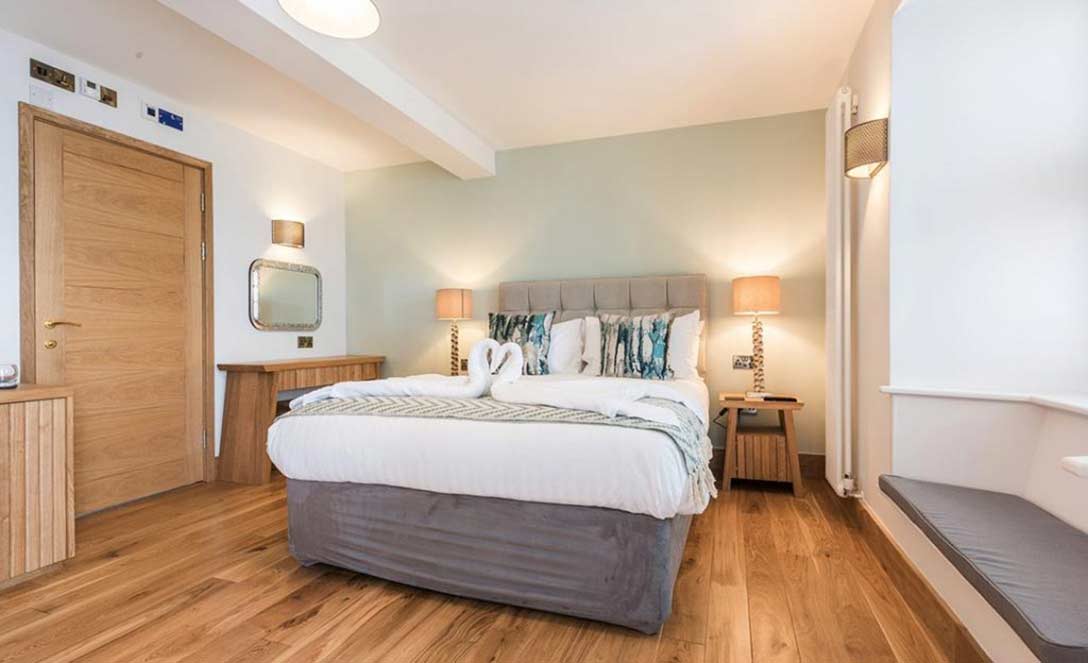 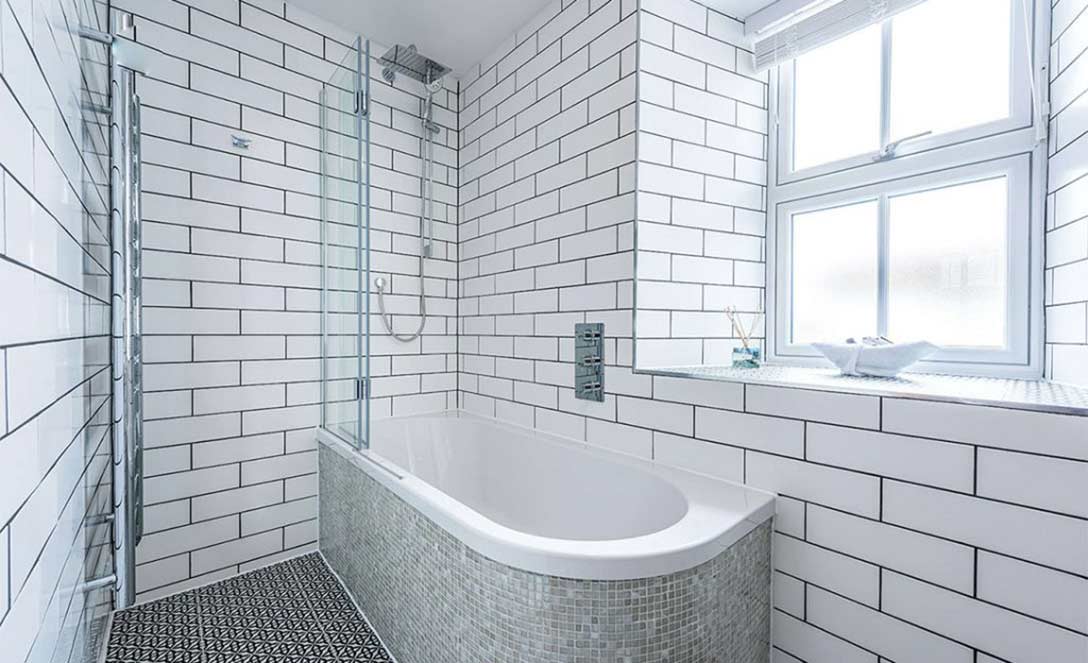 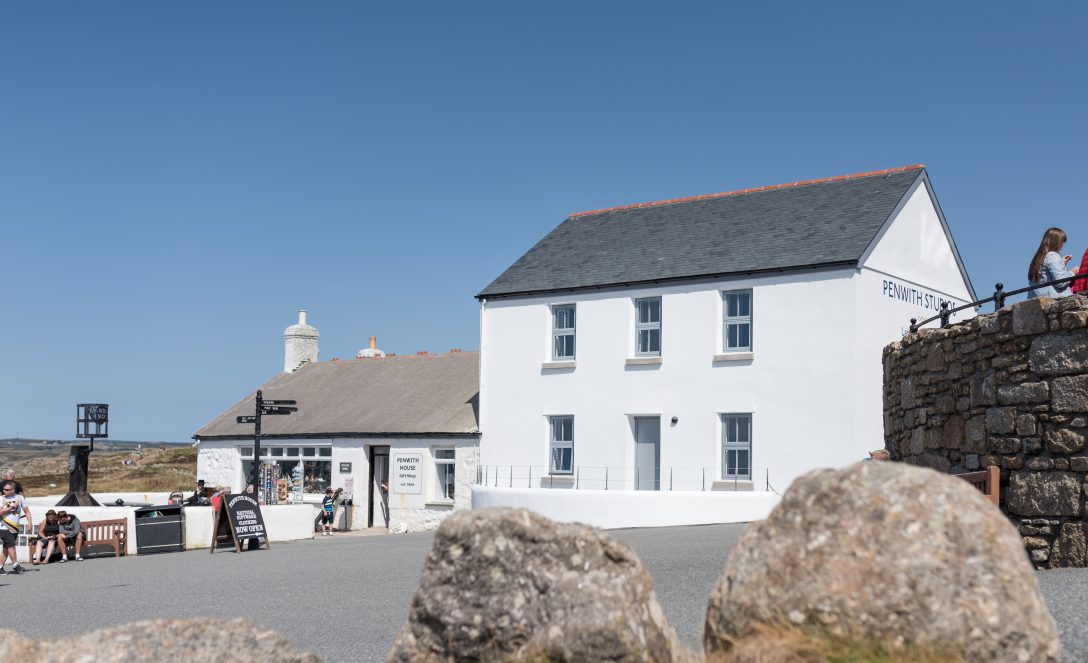 Each of the four spacious studios offer modern elegance with subtle, traditional flourishes. Whichever room you choose, you’ll be staying in comfort, luxury and style, whilst enjoying spectacular ocean views. 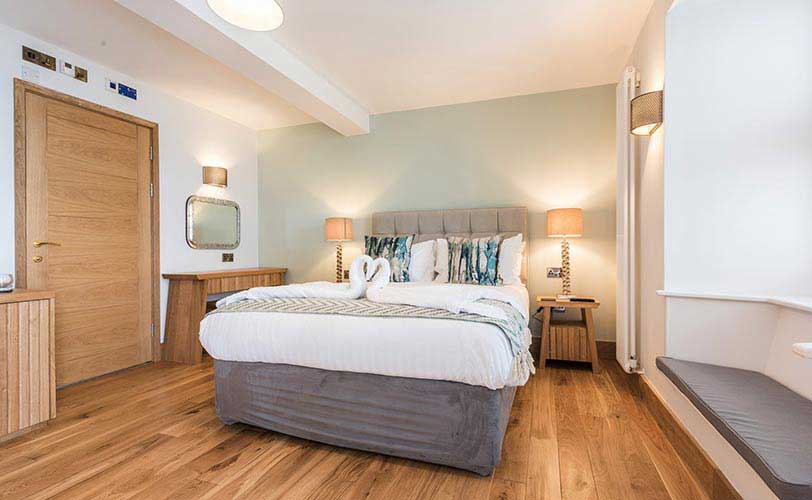 Boasts all of the luxury that Penwith has to offer, with added comfort and easy access. 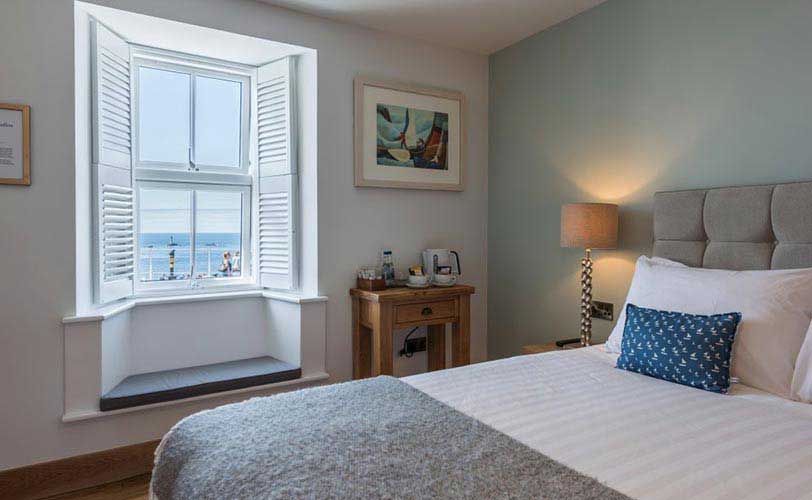 The room itself has window seats to make the most of the stunning views and its own commissioned artwork. 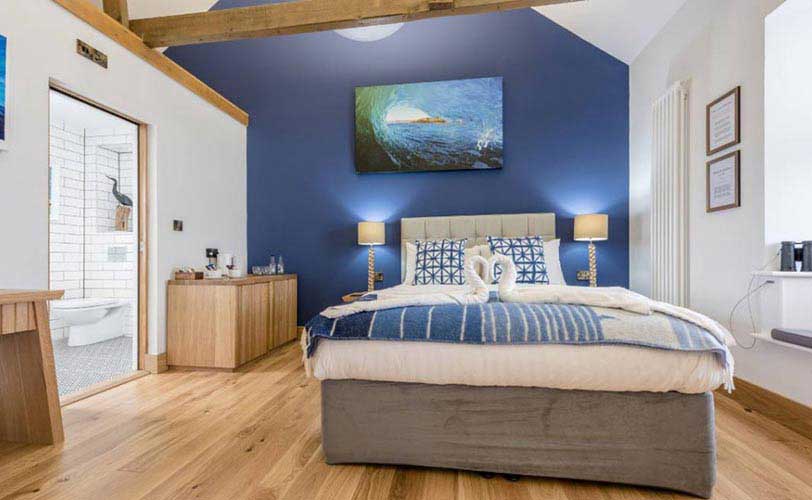 Features a grand vaulted ceiling and has been designed with bespoke furniture and artwork. 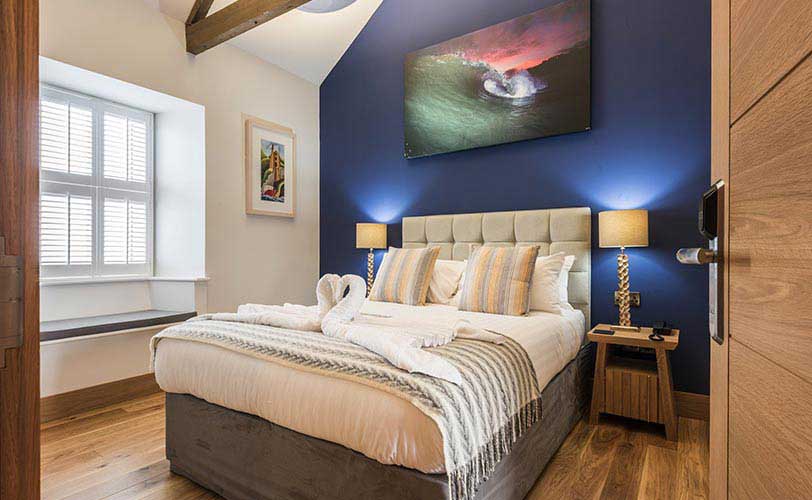 The modern room has a light and spacious bathroom with a bath and shower.

If you’d prefer to book by phone, you can call
The Land’s End Hotel reception team directly on

We had upgraded to the Penwith Studios which were really comfy, new and smart with wonderful views out to the Scilly Isles.

View of the lighthouse from our room.

The room was a very good size, modern, nicely decorated and with all the usual amenities, having a clean, fresh quality about it. The bed was comfortable and the area was nice and quiet at night, so we had a very good night’s sleep.

Romantic place to be.

Spacious rooms, good lighting to do some work and a spacious bathroom for rain shower or hot tub. It was perfect.

Views, comfort, service & facilities all magnificent. I hope to have the opportunity to return again.